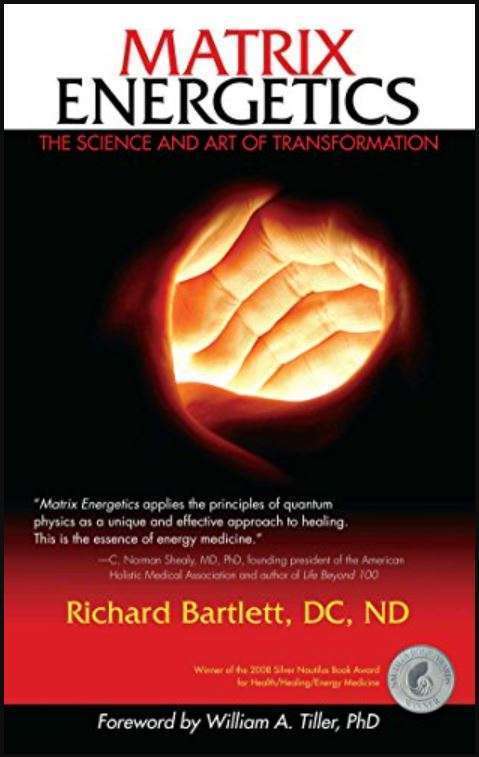 Matrix Energetics is a new powerful quantum healing method using an old tool – the Power of Intent. Richard Bartlett developed the method, gave it its name and made it his mission to share it with as many people as possible.

Richard Bartlett discovered the sheer power of intent by chance or divine intervention (who knows?), when he desired to heal a particular patient in 1996. Anyone can learn to apply it. The only prerequisites are an open mind and a willingness to look at the world in a new way.

After participating in the seminar and applying in my sessions with energy work I put together Six Easy Steps to the Matrix Method, which I would like share with you.

The book MATRIX Energetics will help you learn the method in depth.

Impressions of the Seminar

In June 2012, I participated in a Matrix Energetics Practitioner Seminar in Germany with Richard Bartlett and Melissa Joy.Everything was translated into German – sentence by sentence – very professionally.

At first, I was taken aback when people from the audience began swaying back and forth on stage or even falling over as either Melissa or Richard touched or pointed at them. After a couple of days, though, I could do the same.

Dr. Richard Bartlett is something else! My first impression was, that he was highly intelligent. A genius! Then he stroke me as extremely impulsive, hyper-active and a little crazy.

Later I decided that Bartlett’s way of behaving, acting and looking at the world in general was just perfect in order to transmit what he desired to transmit. His way of being gave permission to each one of us in the audience to liberate ourselves of our imposed limitations.

As chiropractor and a degree in naturopathy and some other 30 healing methods, his knowledge of the physical body is enormous. Just by looking at a person Bartlett can tell if the column, shoulders or other part of the body needs alignment or not.

And he knows how to hold his audience captive. Even when talking about complicated scientific concepts, like Sheldrake’s Morphic Field or the electromagnetic field of the heart, he uses simple examples to get the message over. He talks about quantum reality, the uncertainty principle, the left brain and right brain balance – and many other interesting things.

But then he would also dip into other non-scientific realities like spiritual guides, out of body experiences, visions, revelations, shamanic traditions, etc. and elegantly connect science and non-science into one new morphic field. On one such occasion he compared the Morphic Field of Cancer to the The Matrix Energetics Field.

He often emphasized that it is important to synchronize the brain and allow the powers of the right brain to enter our consciousness. Richard Bartlett has been to four residential programs at the Monroe Institute making him somewhat of an experienced user of the Hemi-Sync Sound Technology, which synchronizes the brain like no other tool out there.

At the beginning of the seminar, each of us participants received a thick manual, or two if to become a practitioner. Not once were we asked to look inside these manuals for reference. In fact, Bartlett did not even want us to take notes.

He was telling us story after story about his personal experiences with many of his patients. The stories were meant for us to understand that anything is possible when we begin to apply the power of intent.

In all this talking, demonstrating and practicing eventually the Matrix Energetics method emerged and on the third day I got it and many others did, too.

She is centred and focussed, and she knows that in repetition is understanding. She demonstrated the Matrix Energetics method over and over again on many different people on stage.

Allthough on many occasions she would choose a complicated combination of words, so even the translator would get confused, through her “healing – transformations” I understood that it was not necessary to know neither anatomy nor psychology in order to be able to help a client with this technique.

When Melissa worked with a person – or played, as she called it, she would talk us through every perception she had and what her intention was when placing her hands on a specific spot of the person’s body. Then she would walk around the person to observe what to do next.

“Notice what you notice and notice what is different” she would say. In the beginning it all appeared to be a mystery. In our first practice session we shyly applied the two-point technique.

But after a couple of days, when the person on stage or our practice partner began swaying back and forth or allowed herself to fall into the arms of the person standing behind her, we could eventually follow what was happening and understand why.

For me Melissa’s most important message was this: Have fun with your client or patient. Matrix Energetics does not involve healing as such. A transformation occurs as practitioner and client express their willingness to play and explore, and allow other outcomes than what they perceive to be the norm.