Near Death Experience Of Anita Moorjani 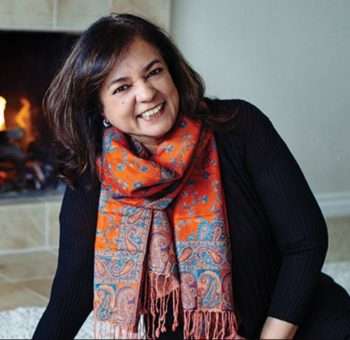 The Near Death Experience of Anita Moorjani is an absolutely amazing account of spontaneous healing from terminal cancer and the transforming power of a near death experience.

Anita Moorjani was in her final stages of a lymphoma, a lethal cancer which had been diagnosed 4 years earlier. Her body had become frail, she had become skin and bones and her organs were failing. She was rushed to the hospital to alleviate the transition, in other words her death.

Four Days in a Coma

Shortly after arriving in the hospital, she fell into a deep coma and her doctors doubted she would wake again. At this point, the doctors foresaw that she would die in the next 36 hours. Her family was told to say their goodbyes.

Most detailed Near Death Experience

While her family was in mourning and saying their goodbyes, Anita Moorjani was experinecing the most incredible NDE, with an extended out of body experience, extraordinary revelations and meeting her diseased father and best friend.

At a certain point she had to make a choice of either staying in the after world or returning to her body. First she was unsure, she did not want to return to her weak, damaged body. But then suddenly a deep certainty overcame her that she would completely heal from her illness and that her work on earth only just began.

When she returned to her body she went through a spontaneous remission and healed from the cancer within a few weeks. When her body recovered and she had assimilated all, she felt it was time to write a book about her experiences.

Dying to be Me – Book

To get the full story and all the exact details of all that happened I can only recommend to read Anita’s book Dying to be Me.

Depending where you are in the world, you can choose to order the book from the Amazon location which is most convenient for you.

Anita Moorjani writes in her book about her illness and her insights of why she got it and why she suddenly healed.

She writes about all the different revelations and encounters she had in the realm of the “after-world” when out of her body.

How she experienced the oneness, the centre of herself, even the centre of the universe and so discovered her true Self. “This Self is really the same in each of us. We just need to remember!” she writes.

“Each and every one of us is Love at our core. And we do not need to be afraid of being our True Self. “

She further explains about the love and light that we all are. Also about the ego and the duality, and about our false sense of being separate from each other. 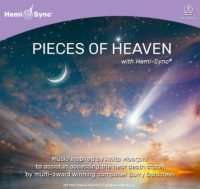 Music inspired by Anita Moorjani to assist in accessing the near death state by multi-award winning composer Barry Goldstein.

Designed to assist one in accessing the near-death state. Featuring ethereal textures, angelic voices, and orchestral undertones, these cosmic tapestries create the perfect sonic backdrop to immerse yourself in the essence of unconditional love.

Hemi-Sync® frequencies help to lead you into a state of peace and serenity as you experience heaven on earth. Give yourself a precious vibrational gift with each listen. ~ from 15€ 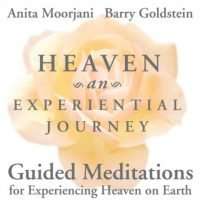 10 short meditations to help calm fears and bring mindfulness into a busy life. Loosely based on Anita Moorjani’s book, What if This is Heaven,  for releasing stress and increasing self-awareness. Each track focuses on different areas of our self, such as health, self worth, fears, relationships and finding balance.  (Does not contain Hemi-Sync®)