Near Death Experiences – An Introduction 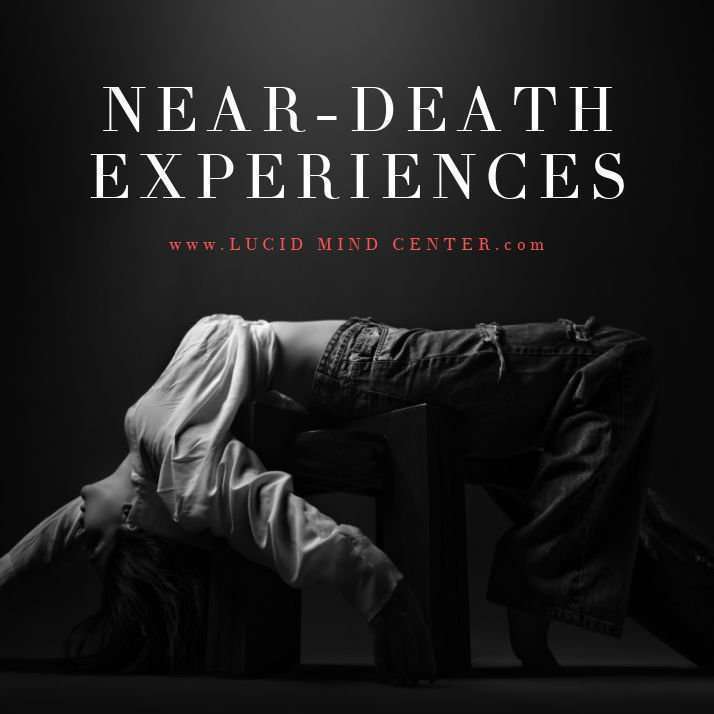 Near Death Experiences or NDEs are intriguing peeks into the life after death. Since the publicaction of Dr. Raymond Moody’s ground-breaking bestseller Life after Life in 1975, the NDE movement began and changed the way we think about death and dying.

What is a Near Death Experience?

A near-death experience (NDE) is a profound personal experience occuring at the brink of death or in life-threatening conditions. These near death experiences may encompass a variety of common aspects such as the detachment from the physical body, feelings of levitation, complete peace and serenity, feelings of unconditional love and light amongst many others.

When returning to the body, the Near-Death Experiencers, or NDEers as they call themselves,  report their experience was more real and alive than the life in a human body. Research into the subject has revealed 15 Most Common Near Death Elements.

NDE reports have always been part of the human life. The oldest known medical report of  the phenomenon may come from a French physician Pierre-Jean du Monchaux around 1740. As our medical science became better at rescusciating people in critical life and death situations, the number of NDE reports have dramatically increased.

Only about 15 – 20% of people who have been rescuciated at the brink of death can recall the phenomenon of a near-death experience an extensive study by the Dutch medical heart specialist Pim van Lommel reveals. In his book Consciousness Beyond Life: The Science of the Near-Death Experience Van Lommel shares his insights gained from decades of collecting data from the hospital where he works as head cardiologist.

A typical Near Death Experience

NDErs describe their experience as the most vivid and real event of their entire lives. More real than this physical reality, they say. They are awed by what they have seen and learned, and feel urged to change their life and become better and more loving people.

The NDE occurs when a person finds herself fully alive and conscious outside her physical body. Usually during a critical life or death situation like unstoppable bleeding caused by an accident, drowning, heart attack or during a deep coma. NDEs can occur during killings, accidents or even suicide.

When Out of the Body

When out of body initially she may be a little scared and intends to return to the physical body. When sees her physical body at the scene, she is surprised how little compassion she has for her own hurting and broken body.

But as she becomes accustomed to the different state of consiousness, she is  first intrigued and later fascinated with that new sensation of freedom and unconditional love she experiences. Her senses are increased and she feels more alive then ever.  Now her physical existence seems painful, dull and limiting in comparison to this inmense experience of freedom and unconditional love.

Maybe she sees close relative who had passed away, or maybe she finds herself floating to the waiting rooms where her loved ones are waiting or hears the doctors or nurses talking to each other. She may even hear what people in the flesh are thinking.

Returning to the Physical Body

She observes from hovering above or near her physical body how it is being resuscitated. She may try to stop the medical staff as she does not want to return to the painful old body. Maybe the beings of light or the passed relatives tell her she must return. She may suddenly finds herself back inside her body with all the old sensations, pains, worries and feelings of separation and limited space.

Many NDErs receive profound and important messages. Some are informed how they will heal and how long it will take. The messages received are profound and personal and the revelations so all-encompassing. For many the experience is so overwhelming that they immediately change their outlook on what life and death is. Later slowly but surely they change their entire lifestyle towards a more cosnscious and loving life.

Lesson from the Afterlife

The lessons on the picture below are from Dr. Eben Alexander, a brain scientist which he received in his amazing NDE during a coma caused by a severe and terminal meningitis. No-one expected him to return from such a deep coma caused and if so, certainly not with all mental funtions intact. As mentioned at the beginning, the very first investigator to collect a great deal of personal Near Death Experience stories in modern times is Dr. Raymond Moody. He published these amazing accounts in his first book Life after Life in 1975.
At the beginning people looked at NDEs as mystic encounters, certainly not worthy to scientifiacally investigate. And many doctors would tell NDErs that their experience was an illusion triggered by a dying brain.
Luckily, we have come a long way since the 1970ies. Our medical system has improved greatly and more and more people are being resuscitated, resulting in more Near Death Experiences.

When you open Amazon on Near-Death books, hundreds of titles appear. Dr. Moody has written several more books. Buy now a great number of renowned scientist have dedicated their time to NDE research such as Kenneth Ring, PMH Atwater or the late Elisabeth Kübler-Ross.

The Monroe Institute with the help of diffrent NDE Researchers has developed a safe way to explore near death experiences: Into the Light Series, Going Home Series, as well as the Gateway Experience give a glimpse  into the afterlife. Here is an overview.

The Out of Body Experience (OBE) is the most common element of near death experiences. OBE can be learned and is therefore a safe entry point into experimenting the state of being outside of a physical body.

Now in 2021 we have different organisation who are dedicated to the scientific research into the afterlife, which is not only limited to near death experiences. They also research Out-of-Body Experiences, Past-Life Memories, and more such interesting subjects.

NDERF is the largest Near-Death Experience website in the world. There are over 4800 Experiences from all over the world and translated into many languages. Mission: “To research and study consciousness experiences and to spread the message of love, unity and peace around the world.” See more

Of course, as fantastic and fascinating these stories may be, unless you have experienced a NDE yourself, you have to rely on other people’s accounts.

My relation-ship with NDEs

When I read the first NDE stories aged 13 I was hooked! For me it was like I was remembering a long lost memory. I cannot really re-collect a near-death experience as such. But, I almost drowned when I was a toddler, when I fell into a lake, according to my mother. And when I was 4 I fell off a tobogan and was unconscious for a few minutes. I remember I was tuning out of consciousness for several hours afterwards.

But I always had a very strong relation-ship to the realm beyond the body, simply knowing certain things which I could not really know.

As I got older I wanted to experience something similar to NDEs but would never provoke dangerous real-life situations, nor take halucinogenic drugs. The movie Flatliners with Kevin Bacon, Kiefer Sutherland and Julia Roberts shows the seriousness of playing with life and death.