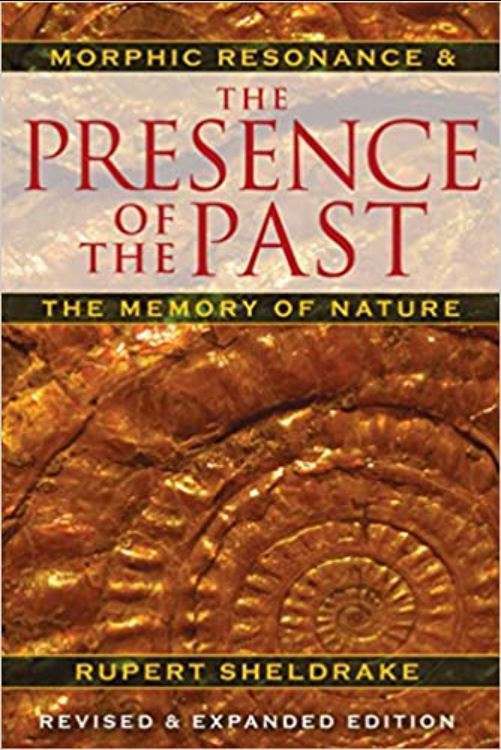 Rupert Sheldrake is best known for the introduction of the term Morphic Field and Resonance, which is an organizing field or systems which can be found at all levels of complexity.

They give things their shape, their form and their organisation. The more thoughts, ideas and actions arise concerning a specific topic or field, the more powerful the morphic field becomes. Which in turn attracts more thoughts and interests from individuals, who then add to this virtual field or abstract thought construct. Watch this longish video, where Ruper Sheldrake speaks about Morphic Fields and the Morphogenetic Universe:

The Matrix Energetic Field is great example of a growing Morphic Field, as Richard Bartlett is introducing more and more people to Matrix Energetics through his seminars and books.

The 100th Monkey Theory tells us how the behaviour of an entire group of individuals can change when the critical mass is reached. Although this popular story explains how a morphic field works, Sheldrake never uses it to confirm his theory.

Lyall Watson was the first to mention the 100th Monkey Theory in his book LIFETIDE (1979): In the early 1950ies, on the Japanese island of Koshima the Macaque monkeys were fed sweet potatoes by scientists who were observing their behaviour. The scientist would feed these monkeys by throwing sweet potatoes into the sand. One young female monkey, named Imo, started washing the dirty sweet potatoes in the sea before eating them and discovered the improved flavours of washed potatoes.

Other young monkeys in her troop observed her and began doing the same. Soon all young monkeys washed their potatoes in the sea as well as their mothers. According to Lyall Watson, when the 100th monkey in the troop learned the new skill, over night all monkeys on the island began washing their potatoes before eating them. He goes on to say:

“… Let’s say, for arguments sake, that the number was 99 monkeys who washed their potatoes in the sea, and that at eleven o’clock on the Tuesday morning, one further convert was added to the fold in the usual way. But the addition of the 100th monkey apparently carried the number across some sort of threshold, pushing it through a kind of critical mass, because by that evening almost everyone in the colony was doing it. Not only that, but the habit seems to have jumped natural barriers to have appeared spontaneously, like glycerine crystals in sealed laboratory jars, in colonies in other islands and on the mainland in a troop at Takasakiyama.”

It can not be confirmed that monkeys on the neighbouring islands or mainland also adapted to potato washing. But as thoroughly researched and well presented in this article by Elaine Myers called The Hundredth Monkey Revisited, it is quite interesting how behaviours change from one generation to the next.